A pedestrian tour takes us to the tasting of five different beers Düsseldorf breweries. Altbier is a specialty from the region of Düsseldorf.

We begin with the brewery "Im goldenen Kessel" on the Bolkerstraße. The popular nursery Dusseldorf brewing offers various rooms with rustic beams, rustic furniture, large barrels of beer and with wit and repartee Köbesse. Our second stop is the "most traditional" brewery of the city "Zum Uerige" which was already 250 years ago brewed beer. Here, the cleaning lady drinks with the Director-General of the punks with the officials. And then you're ready to palatable old, the "Füchschen" The fox red beer is brewed in the 5th generation in the old town. Under the motto "In front of the Alt is anybody equal" is pulsating in the rustic dining rooms, the Düsseldorf life. Short, it is still in the new brewery “Kürzer”. Here is the tradition kept up to date, with lots of comfort and plenty of charisma. While watching the brew master at work and the new enjoys old. going to end it in the brewery Gatzweiler "key" where rivals of home-brewed beer with the typical Rhine-Country-cuisine at the main role here, it means "take food" The crispy pork, the traditional sour rost with raisin sauce, rich meat platter - everything tastes like “ by mother” 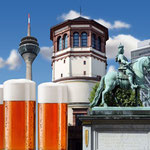 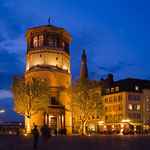 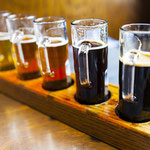